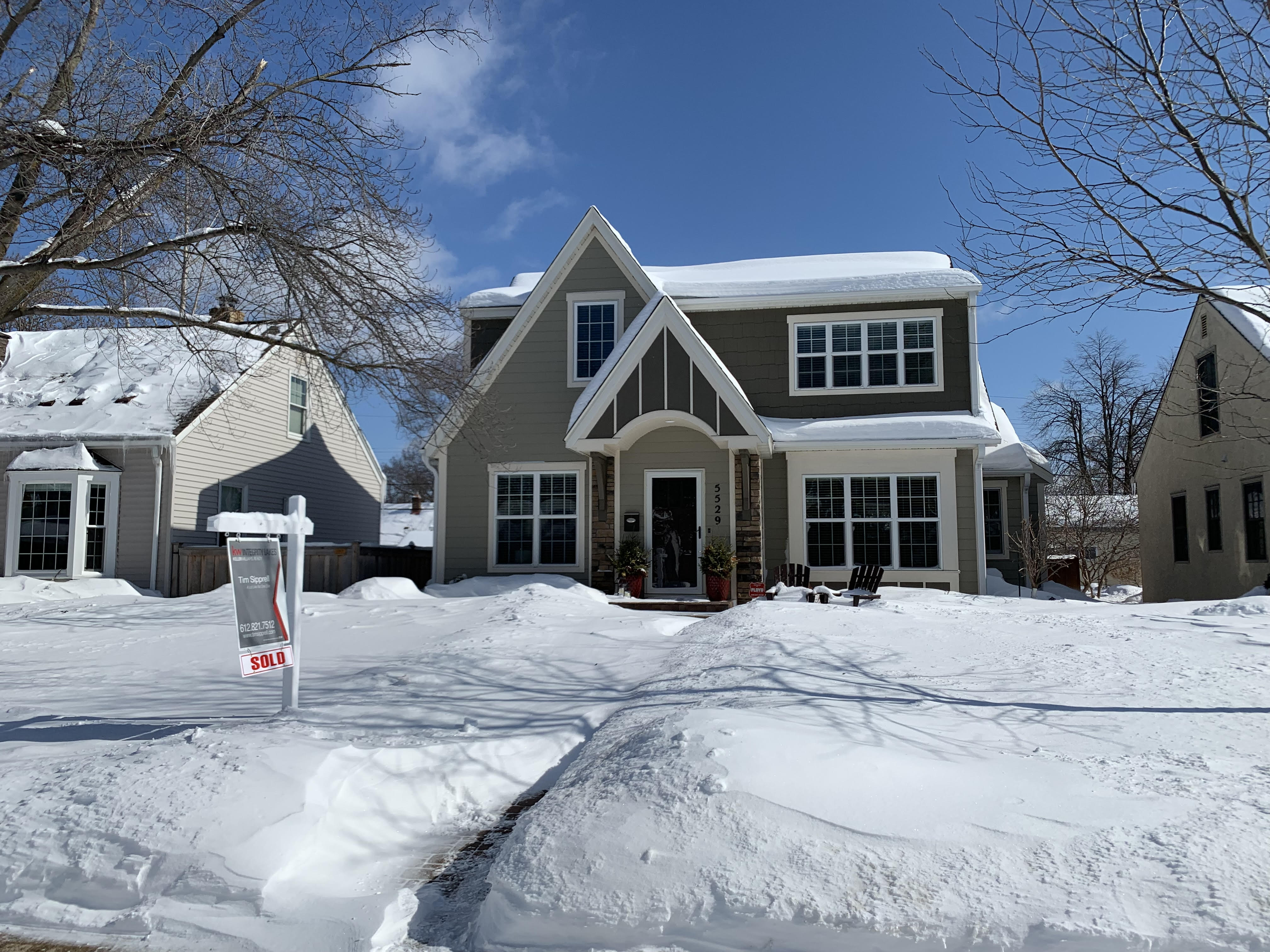 Well, as February winds down and I look ahead to what 2019 will bring, things feel pretty good. Showings are up, and I just sold an upper-bracket SW Minneapolis house in 3 days with 4 offers. Must be a bull market, right?!?!?

Indeed I do expect that the real-estate market in 2019 should look a lot like it has the past few years: low inventory of homes for sale and low interest rates contributing to stiff competition for homes, especially in the lower price points—decisively a seller’s market in most parts of the Twin Cities. Price appreciation is expected to taper off a bit as buyers navigate the market with only modest increases in income and continually rising debt.

But as we were wrapping up 2018, it seemed as though we were contemplating a forecast for a bit more of a balanced market. That’s because the latter half of 2018 confirmed what many had suspected for some time: low interest rates have indeed been a huge factor in fueling the strong buyer demand that seems to have become habitual.

Last year started out with perhaps the biggest bang we’ve seen since things started turning around 7+ years ago. The competition for homes, especially in the $200,000-$325,000 range, was fierce. In our office, there were instances of homes garnering more than 20 offers and selling for more than 15% above list price.  In slightly higher price ranges in various markets in the Twin Cities, supply of homes was also far too low and the competition for them was very intense.

Then in the latter half of 2018, the exhausted buyers that still remained without a new home saw interest rates start to climb, eventually climbing over 5% for the first time in years. These rising rates combined with years of steady price increases in homes clearly put stress on buyers. As reported in the Mpls. Area Association of Realtors (MAAR) annual report, “Home buyers, now steeped in several years of rising prices and low inventory, became more selective in their purchase choices as housing affordability reached a ten-year low.”

Suddenly, some pretty good listings were getting a lot fewer showings than their cousins from the spring market. What at first felt like a post-Fourth of July slowdown (always somewhat typical) felt more fundamental, and it became pretty obvious that we had experienced a little bit of a shift by September, when the post-Labor Day fall market clearly lacked punch. Sales remained relatively flat compared to the same time in 2017, but it felt a lot different—the reduction in showings, enthusiasm and sense of urgency were palpable and served as a warning that, despite still being in a very low-inventory environment, things could balance out if rates went up, perhaps as little as just in the 5%-5.5% range.

Looking back, we can report now that nationwide, December closed sales achieved the weakest price increase since 2012. Those closings were largely comprised of homes that went under contract in the slower September-October markets.

Around this same time, the National Association of Realtors put out a study on affordability in December that claimed that a 1% rise in interest rates could make homes unaffordable at today’s prices for as many as one million buyers nationwide. That figure represents about 20% of the 5 million or so homes sold nationwide on an annual basis. (That is not to say that rates back into “the 5s” means 1 million fewer sales would occur, but it would probably mean a big drop-off in showings per listing, a reduction in homes sold on an annual basis, and a rise in market times, which would probably mean significantly more price reductions and at least a brief period of price depreciation.)

That more balanced-market forecast was staring us in the face until buyer activity  rallied in December and into the New Year as the stock market started tumbling and subsequently, interest rates began retreating back, well into “the 4s,” where they have stayed through February, and importantly, where most economists who watch the real-estate industry seem to feel they will stay well into 2019.  Suddenly, buyers were looking at loan estimates with lower monthly payments again, and it seems as though they responded.

While I expect buyers to continue to be responsive and quite eager throughout the upcoming Spring Market, I don’t expect to see a ton of price appreciation. First-time buyers are dealing with more debt than their recent predecessors as student debt has been rising sharply the past 5 years and in fact has tripled since 2007 and now totals $1.4 trillion.  Affordability indexes are near 10-year lows and approaching unsustainable 2008 levels.

Still, with such low inventory, it’s hard to see prices falling in most price points and areas. Affordability vs low inventory: It will be interesting to watch this tug-of-war play out over the next few years. In all likelihood in the near future, a certain segment of our population is going to have a harder and  harder time achieving the dream of home ownership, while those holding real estate in their portfolio will likely see increases in their economic advantage. It’s a phenomenon that is already taking hold. Only 1 in 3 below the age of 35 own a home–8 points lower than the previous generation. So for those who are on the cusp of home ownership but still haven’t purchased, and for those better-off who still don’t hold any investment property, 2019 feels like your year to get in there and buy. If you’re not so sure consider this: The average net worth of a renter is $5,200 and the average net worth of a homeowner is $238,400.