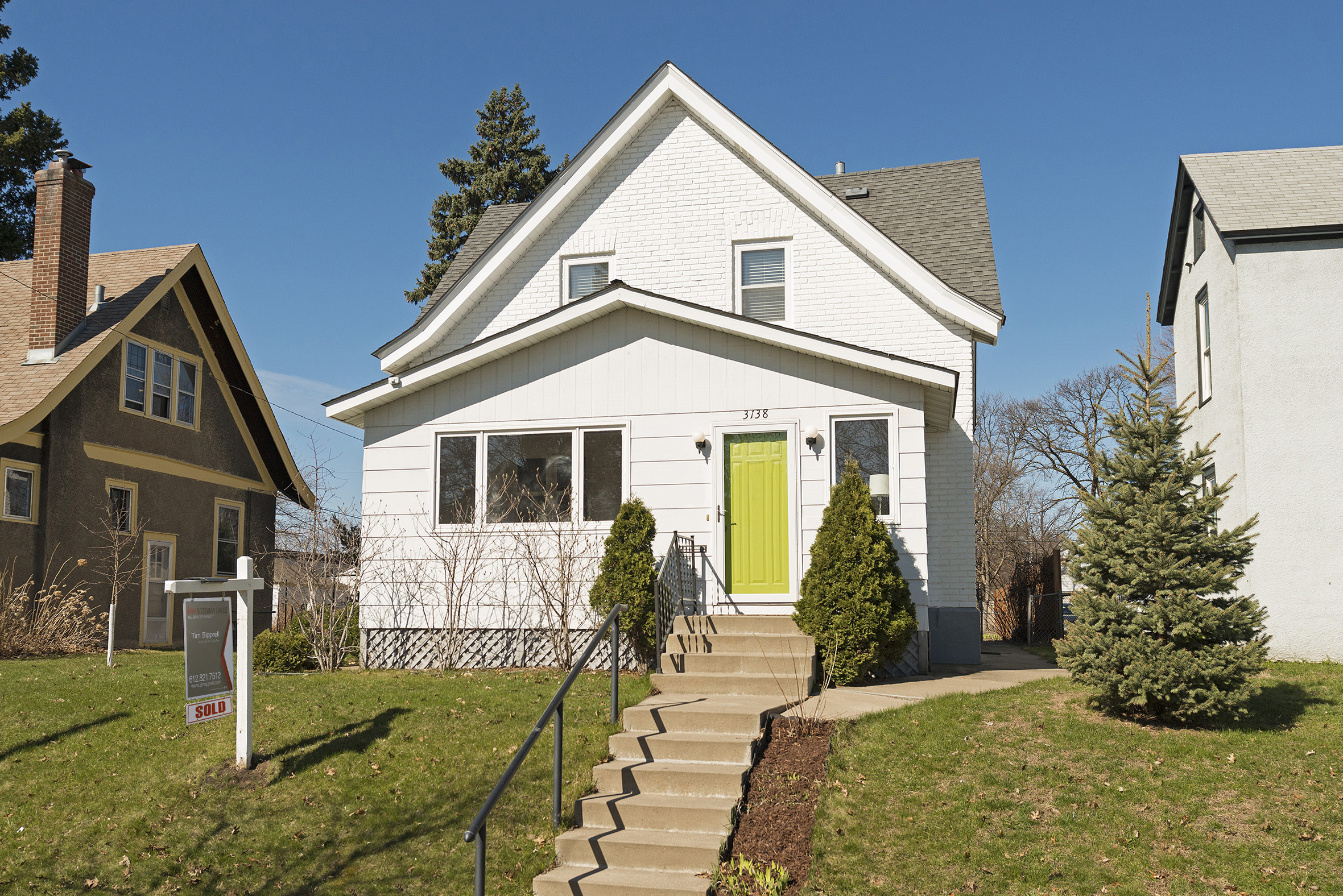 The sellers wisely called Tim in December to plan for a spring listing. They were hoping to move but were very overwhelmed with the idea of doing so–they had three young children and a house in need of a facelift. But they were looking for a change, and their South Minneapolis neighborhood had been experiencing healthy price appreciation post- market crash. There was very little inventory for sale, so homes that were listed were selling in multiple offers. Tim sensed a pretty high sale price could be in the making–well over the price that the sellers were anticipating–if that much-needed facelift could be executed. Tim devised a plan on a shoe-string budget: rip up the old carpet, refinish the floors, paint the entire interior including most of the wood trim, and help the sellers stage the house using some of their existing furniture combined with some of Tim’s inventory of accessories. The goal was to tap into the neighborhood’s hipster vibe with a little more of a modern, minimalist, “green” and slightly edgy look, all topped off with the ‘cool green front door.’

The plan was executed and the sellers also agreed to allow Tim to network the house before listing on MLS, to generate a high level of anticipation and a fear of losing the house among those buyers who were able to see the house pre-MLS launch. The strategy paid off as the home sold in multiple offers immediately for $30,000 over the asking price. A great windfall for the sellers, who were thankful to only have to show their house for two days!